LinkedIn Vs. hiQ Ruling Casts A Long Shadow Over The Tech Industry

January 8, 2018 By LCH Communications No comments yet Press 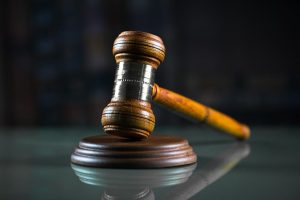 CEO and co-founder of LeadGenius, which specializes in lead generation data and go-to-market intelligence for e-commerce teams.

Recently, Microsoft-owned behemoth LinkedIn sent a cease-and-desist letter to startup hiQ demanding it stop scraping LinkedIn or face legal action. LinkedIn claimed that scraping their site is illegal under the Computer Fraud and Abuse Act (CFAA). In response, hiQ sued LinkedIn and asked the Northern California U.S. District Court to order a preliminary injunction against the letter and remove the block on scraping.

More must be decided, but the court’s treatment of this case will impact the landscape of the tech industry forever. Here’s why.

Application Of Foundational Legislation Hangs In The Balance

The 1986 CFAA law forbids unauthorized access to some computers. Congress passed it to criminalize hackers who break into critical systems. It was, quite literally, a response to Matthew Broderick’s hacking of the fictional WOPR supercomputer “Joshua” in the movie WarGames.

The law has not aged well. It has been amended several times, but it still embodies notions about networks and data grounded in a pre-World Wide Web era. It seems that big technology companies have turned that to their advantage. They abuse the CFAA to bully smaller companies out of the market.

Most of the time, such mob tactics work. This time, however, hiQ pushed back.

A Blow To Anti-Competitive Practices

In the course of this case, hiQ offered evidence that LinkedIn was developing its own version of hiQ’s talent-monitoring management software. The judge saw this for the attempt to stifle competition. In doing so, he shed light on what I believe to be one of Silicon Valley’s worst kept secrets: anti-competitive practices are rampant.

Free Speech Rights Are On The Line

Free speech isn’t just about being able to say or write something. In the online age, freedom of speech implies and necessitates access to information.

If LinkedIn is allowed to wield a “weaponized” CFAA, as the judge put it, the implications for innovation and an open internet are horrifying. Selectively granting or denying access to publically posted data is a genuinely troubling slippery slope. Pause for a moment to imagine the danger of such a precedent in future presidential elections.

“Free speech” at the federal level means the government cannot stifle your right to express yourself. The California Constitution, however, affirms a much broader definition of free speech. It says even private businesses can’t stifle free speech. If you own a public forum (like a shopping mall), you cannot stop people from engaging in political speech.

In the case, hiQ argued that social media is a modern-day public forum and thus the company cannot be selectively denied access to it. And the court agreed.

However, it remains to be seen if this argument will hold up in the final judgment, especially since LinkedIn promised it would continue this legal battle. If the decision does hold up, this will be a groundbreaking development.  The implications will span all facets of modern technology, including privacy, publishing, social media, free information and much more.

If the court’s injunction holds up to future judicial scrutiny and companies can no longer use the CFAA in an abusive way, it will be a game-changer. Small companies will be able to gather publicly available data, add value to it and sell something better to customers.

LinkedIn made a tired argument that it was just trying to protect its users’ data, but it has never been very interested in user privacy. This is a company, after all, that settled a class-action lawsuit over spamming its users’ contacts for $13 million. In that case, the court was also critical of LinkedIn’s recruiting product, which allows customers to stalk LinkedIn users without their consent.

LinkedIn could choose to put everything behind a paywall, but a website that relies on social networks and user-submitted data wouldn’t dare give up its high search results. You can’t have your SEO cake and eat it, too.

Startups like hiQ and others are the first innovators. If a level playing field emerges from this case, there will be many more.

An age of connectivity and innovation has dawned. The soul of this new age lies in the hands of the court.